In the 1808 list of subscribers his address is given as the Royal Hospital.

He is buried in Bully’s Acre graveyard, Kilmainham, Dublin. 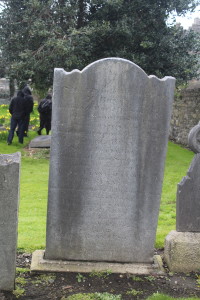